Your will controls what happens to your money after your death. But the power of attorney can determine what happens to it while you’re still alive. If abused, there may not be any money for anyone to inherit.

“It really is essential that the person giving the power of attorney understand how powerful the document is,” says Vincent Casiano, a San Diego estate lawyer.

Legally, a person with power of attorney has a fiduciary duty to serve the best interests of the person on whose behalf he or she is acting. But the reality is that nobody polices how most power-of-attorney agreements are used. While the vast majority are used correctly, estate lawyers say that unscrupulous people have used the designation to pay personal expenses, move real estate into their name, or loot the assets of the person they’re representing.

Kerry Peck, a Chicago lawyer who specializes in litigating estate and trust cases, says his firm handles a half dozen or so power-of-attorney abuse cases a year. Some involve caregivers who enter into relationships with ailing clients.

Peck handled a case some years ago where a well-to-do man in his 70s began going to physical therapy after suffering a stroke. He soon became involved with the therapist, a woman in her 40s, and gave her power of attorney. The therapist used the man’s money to go on a spending spree, including buying a car and making a down payment on a vacation home. In all, she took close to half a million, Peck said.

His firm was alerted by relatives and it eventually got the man placed in a court-monitored guardianship to safeguard his assets. Peck said lawyers were able to recover only a part of what the therapist had taken from the man.

“When you pick your agent under power or attorney, you need to pick someone who loves you more than they love your money,” Peck said.

Power-of-attorney agreements for various purposes have existed for centuries, but the durable power of attorney is a relatively recent development. Previously, if you gave power of attorney to someone to represent you in financial dealings, the agreement became invalid as soon as you were incapacitated.

Your financial affairs would then be handled by court-monitored guardianships, which are still used today in cases where there is no power-of-attorney agreement. But guardianships are cumbersome, expensive and can take many weeks to set up. In the 1950s, states began permitting a durable power of attorney that would persist even after a person was incapacitated.

Lawyers say the durable power of attorney is an improvement from the delays of a court-monitored guardianship. But with greater ease can come greater abuses—even from trusted loved ones.

Ken Russell, an estate lawyer from Huntington Valley, Pa., was involved in a case years ago in which an 87-year-old woman who had recently inherited nearly $1.8 million in assets gave power of attorney to her daughter. Sixteen months later, the mother had little more than $100,000 remaining in her account, Russell said.

The lawyer went to court on behalf of the mother to demand the daughter account for her power-of-attorney transactions. The accounting showed that the daughter had transferred hundreds of thousands of dollars to herself, Russell said.

The mother and daughter reached a settlement in which the daughter transferred back almost $800,000, Russell said. The rest of the money was gone, and the mother didn’t want to pursue further legal action against her daughter, he said.

Because of the experience, Russell now drafts power-of-attorney agreements mandating quarterly or yearly accountings to other siblings or heirs. People with power of attorney tend to be more careful if they know they are being watched, he said.

There are other safeguards that lawyers use to limit power-of-attorney agreements. Andrew Hook, a Virginia Beach, Va., estate lawyer sometimes drafts power of attorney agreements with two agents, so each can keep an eye on the other. 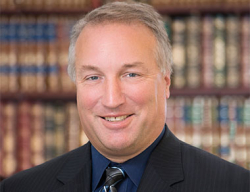 Our Mission is to provide residents of Pennsylvania with legal services that will protect their families and their life's work.

Learn about what goes into a comprehensive estate plan by signing up for our newsletters.